This course is part of the Business Statistics and Analysis Specialization

The ability to understand and apply Business Statistics is becoming increasingly important in the industry. A good understanding of Business Statistics is a requirement to make correct and relevant interpretations of data. Lack of knowledge could lead to erroneous decisions which could potentially have negative consequences for a firm. This course is designed to introduce you to Business Statistics. We begin with the notion of descriptive statistics, which is summarizing data using a few numbers. Different categories of descriptive measures are introduced and discussed along with the Excel functions to calculate them. The notion of probability or uncertainty is introduced along with the concept of a sample and population data using relevant business examples. This leads us to various statistical distributions along with their Excel functions which are then used to model or approximate business processes. You get to apply these descriptive measures of data and various statistical distributions using easy-to-follow Excel based examples which are demonstrated throughout the course. 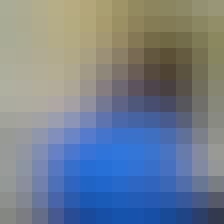 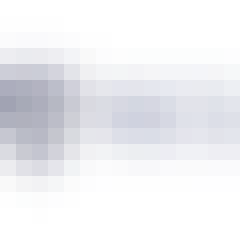 Rice University is consistently ranked among the top 20 universities in the U.S. and the top 100 in the world. Rice has highly respected schools of Architecture, Business, Continuing Studies, Engineering, Humanities, Music, Natural Sciences and Social Sciences and is home to the Baker Institute for Public Policy.

The course has been designed in a manner to give maximum understanding of the concept. The Quizzes are really grilling. and helps you strengthen the knowledge gained from the lecture videos.

This is one of the best courses i have atended since, the exercises are all related to the topic.Great job. .

Thanks to Mr Sharad Borle for explaining very well the content in this course .

A rewarding experience because I have been able to learn very valuable information. It is an excellent course. It has helped me in the personal and professional field. Thank you.

About the Business Statistics and Analysis Specialization

The Business Statistics and Analysis Specialization is designed to equip you with a basic understanding of business data analysis tools and techniques. Informed by our world-class Data Science master's and PhD course material, you’ll master essential spreadsheet functions, build descriptive business data measures, and develop your aptitude for data modeling. You’ll also explore basic probability concepts, including measuring and modeling uncertainty, and you’ll use various data distributions, along with the Linear Regression Model, to analyze and inform business decisions. The Specialization culminates with a Capstone Project in which you’ll apply the skills and knowledge you’ve gained to an actual business problem.

To successfully complete all course assignments, students must have access to a Windows version of Microsoft Excel 2010 or later. To see an overview video for this Specialization, click here!