In this course, you will learn why it is rational to use the parameters recovered under the Classical Linear Regression Model for hypothesis testing in uncertain contexts. You will:

– Develop your knowledge of the statistical properties of the OLS estimator as you see whether key assumptions work. – Learn that the OLS estimator has some desirable statistical properties, which are the basis of an approach for hypothesis testing to aid rational decision making. – Examine the concept of null hypothesis and alternative hypothesis, before exploring a statistic and a distribution under the null hypothesis, as well as a rule for deciding which hypothesis is more likely to hold true. – Discover what happens to the decision-making framework if some assumptions of the CLRM are violated, as you explore diagnostic testing. – Learn the steps involved to detect violations, the consequences upon the OLS estimator, and the techniques that must be adopted to address these problems. Before starting this course, it is expected that you have an understanding of some basic statistics, including mean, variance, skewness and kurtosis. It is also recommended that you have completed and understood the previous course in this Specialisation: The Classical Linear Regression model. By the end of this course, you will be able to: – Explain what hypothesis testing is – Explain why the OLS is a rational approach to hypothesis testing – Perform hypothesis testing for single and multiple hypothesis – Explain the idea of diagnostic testing – Perform hypothesis testing for single and multiple hypothesis with R – Identify and resolve problems raised by identification of parameters.

Flexible deadlines
Reset deadlines in accordance to your schedule.
Shareable Certificate
Earn a Certificate upon completion
100% online
Start instantly and learn at your own schedule.
Course 2 of 4 in the
Econometrics for Economists and Finance Practitioners Specialization
Intermediate Level

What you will learn

Flexible deadlines
Reset deadlines in accordance to your schedule.
Shareable Certificate
Earn a Certificate upon completion
100% online
Start instantly and learn at your own schedule.
Course 2 of 4 in the
Econometrics for Economists and Finance Practitioners Specialization
Intermediate Level 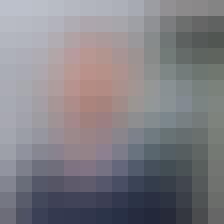 Reader in Economics and Finance 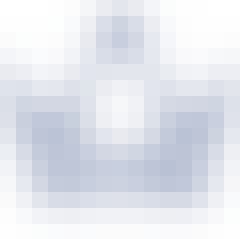 Queen Mary University of London is a leading research-intensive university with a difference – one that opens the doors of opportunity to anyone with the potential to succeed. Ranked 117 in the world, the University has over 28000 students and 4400 members of staff. We are a truly global university: over 160 nationalities are represented on our 5 campuses in London, and we also have a presence in Malta, Paris, Athens, Singapore and China. The reach of our education is extended still further through our online provision.

Properties of the OLS Approach

This week we are going to look at the properties of the OLS approach as a basis for the hypothesis testing, focussing on linearity, unbiasedness, efficiency and consistency.

This week we shall be discussing diagnostic testing as we look at non-linearity, violation of full rank and errors correlated with regressors.

This week we will continue to look at diagnostic testing as we consider spherical errors, heteroscedasticity, autocorrelation, Stochastic Regressors, and the non-normality of errors.

About the Econometrics for Economists and Finance Practitioners Specialization

This Specialisation provides rigorous training in econometric methods, via the exploration of theoretical concepts, real-data examples and the application of econometric techniques to industry relevant questions.

The methodologies in this Specialisation are an important part of an informed economics and financial decision-making process. You will learn: - How to test economics and finance theories, as well as hypotheses on the relationships between variables. - Study the behaviour of prices, returns, growth and unemployment. - Effectively analyse the impact of macroeconomic changes on economic growth and performance, and forecast the future values of economic variables. Through deep exploration of the modern techniques, applications and possibilities made available by the latest advances in econometrics, you will be ready to use these successfully and navigate the associated risks. This Specialisation is for anyone who finds that econometric methods are the main framework of reference in their daily activities as well as researchers and policy makers.